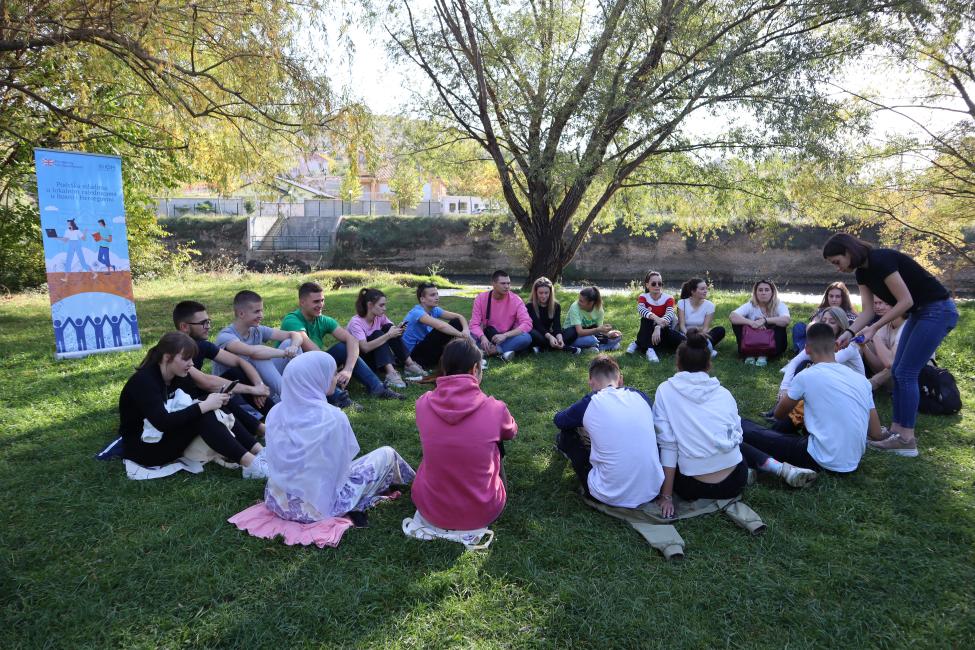 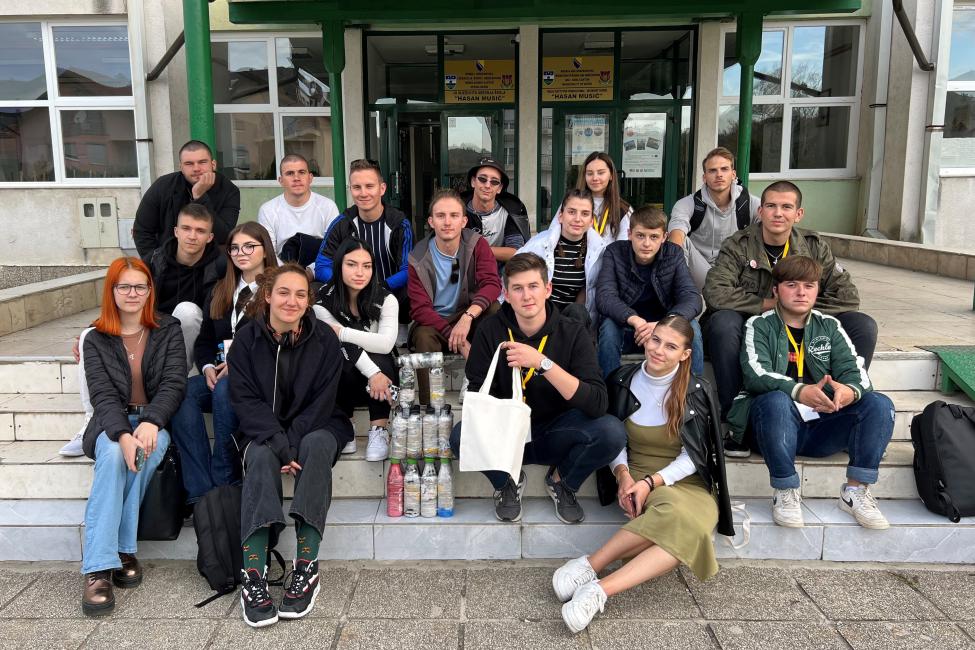 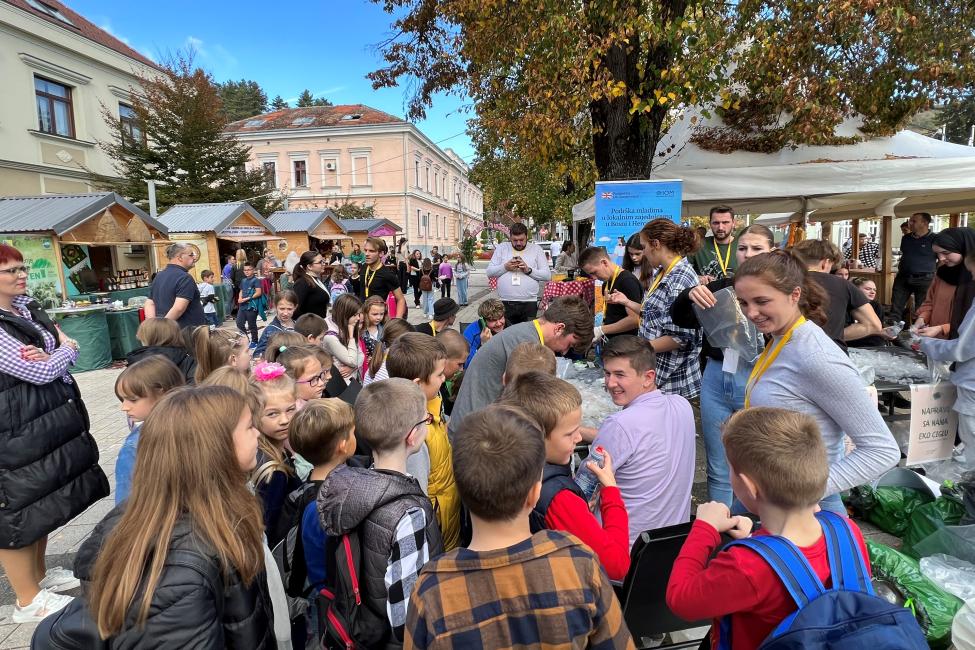 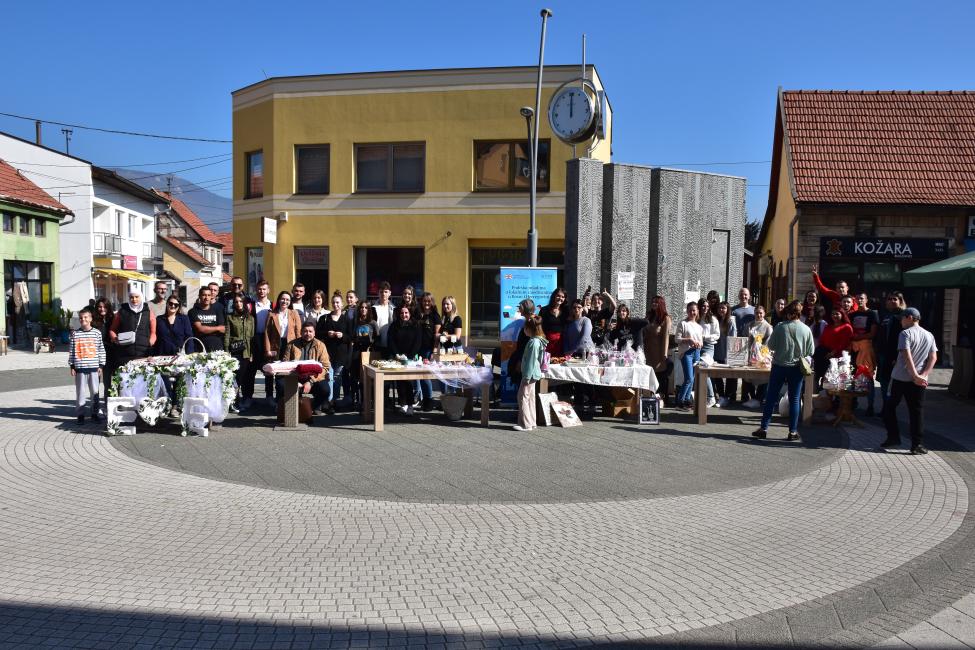 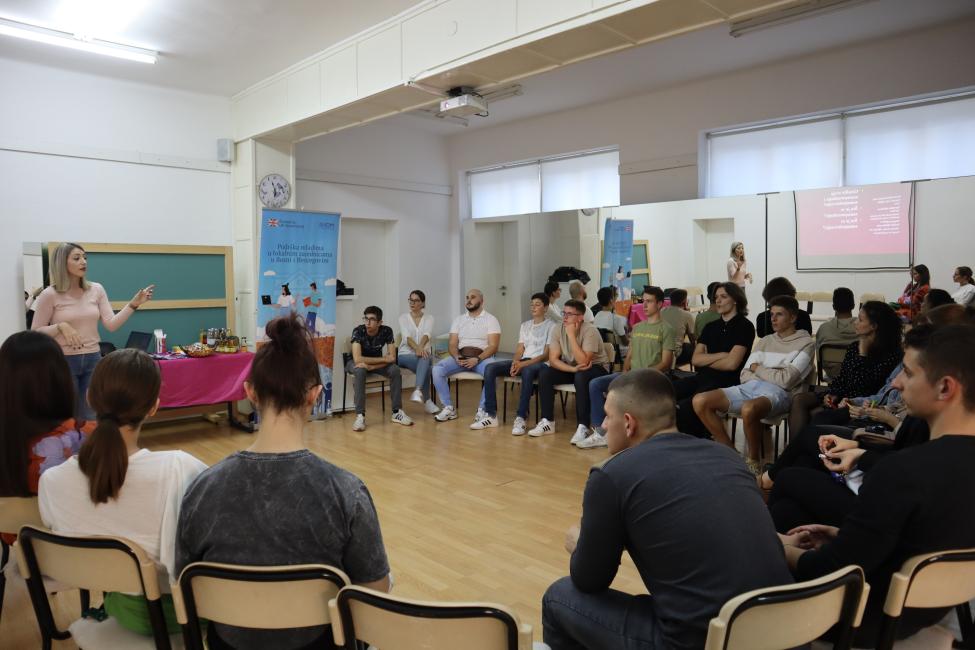 IOM Bosnia and Herzegovina, within „Providing support to youth in local communities in Bosnia and Herzegovina“ project, designed the Community Dialogues and Grants methodology,  to promote the interactive participation of youth in community-building work, by enhancing skills and supporting crucial partnerships.
By 2022, Community Dialogues have brought together young people with fewer opportunities and no experience in civic activism mostly youth without prior  experience. IOM aims to build resilience on an individual and community level by strengthening young people's skills  and enabling them to change, or at least initiate changes in community settings. More insight into their  community initiatives since 2015 can be found here.
This year, Community Dialogues took another turn. Instead of having them separately  in each community, as it was the case before, IOM decided to bring together youth from different communities to a single place, resulting in "Young Change Makers" (YCM) program with a slightly adjusted methodology. 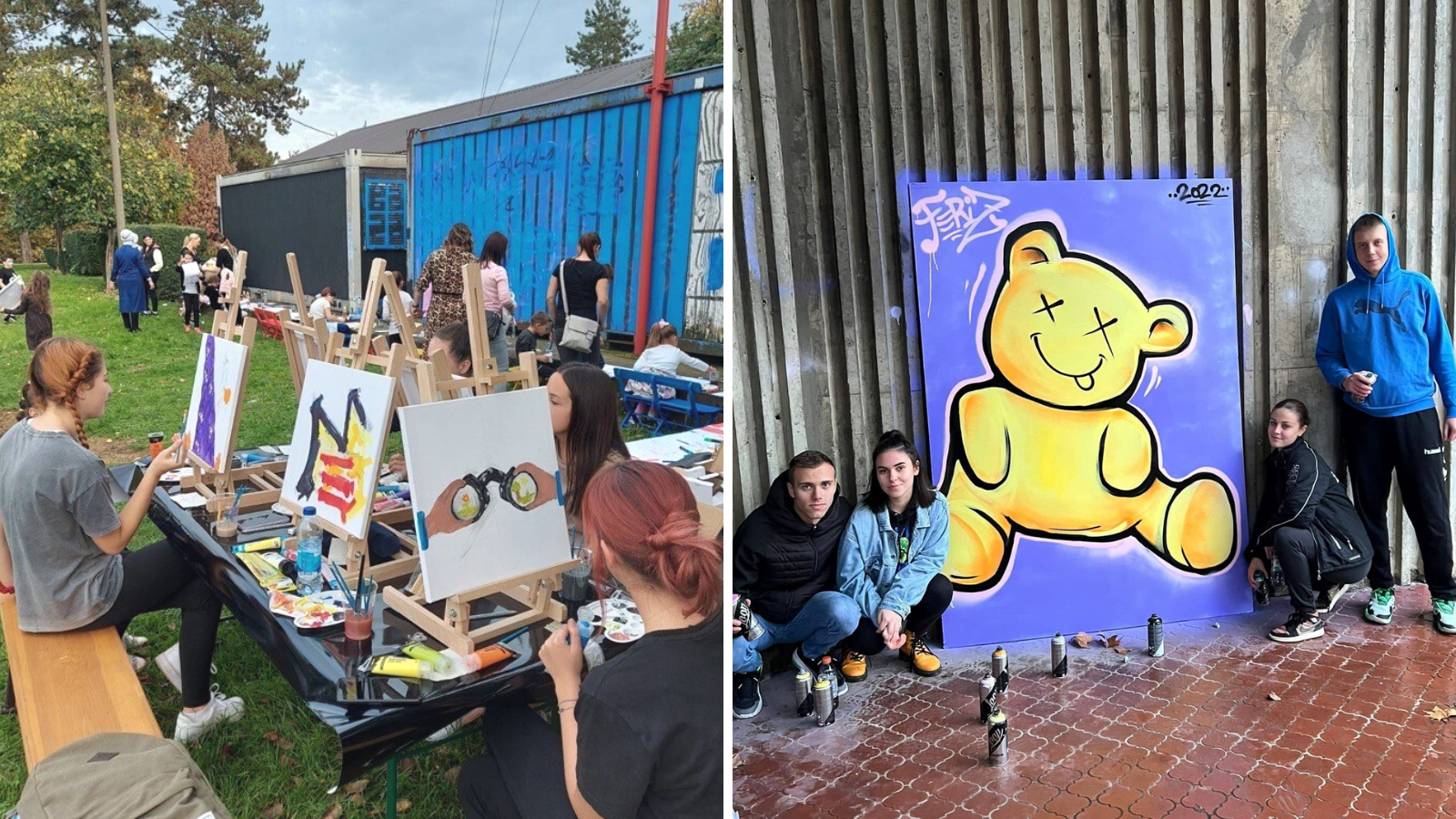 Young Change Makers program provided trainings and mentorship for creating project proposals, motivated youth to advocate for the issues they care about and enabled youth to bring their concerns to the attention of the communities. 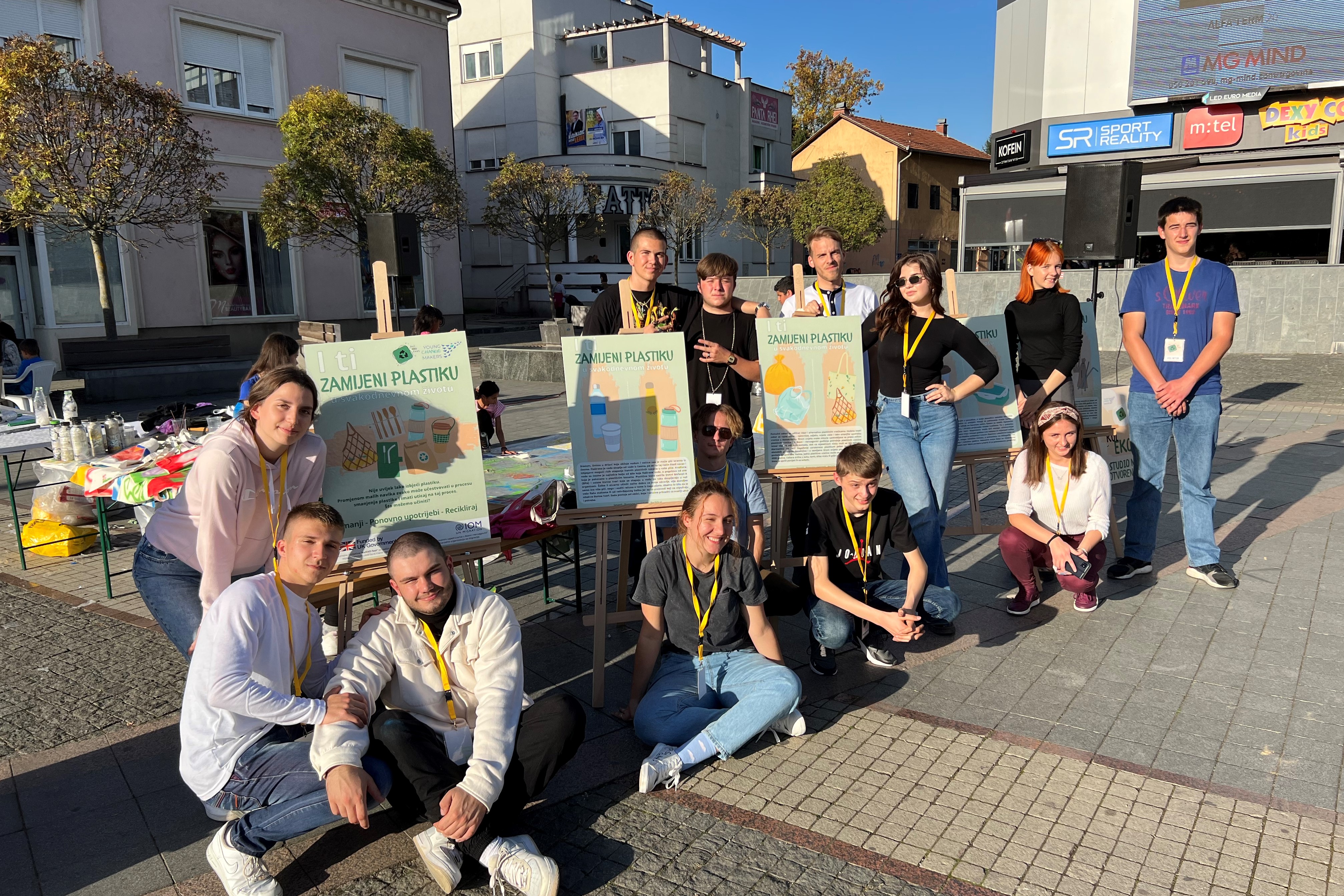 „Through implementing this initiative, we realized how important this practical part is. It is not enough to just write the project proposal. The fact that we implemented every activity gave us priceless experience, showing us potential omissions of the written project proposal.“ (project team member in Brčko).

„Thank you for waking up our city and organized activity that enabled our children to go out, socialize and be creative. I hope we will have more similar events.“ (parent in Brčko).

„I am really happy for having the opportunity to be part of this initiative. We showed that youth in Bosnia and Herzegovina is not that ignorant, as usually portreyed. If we are given a chance and support, we can do wonders.“ (project team member from Bugojno).

„Young people deserve promotion, and this (creative bazaars) can be a great way to do so, right?  Bazaars could become traditional, recurring events. For example, they could be organized as part of International Youth Day activities. They definitely open up a space for thought, which is important because one activity should be an inspiration for the next ones.“ (volunteer from Bugojno).

„The most interesting part of this project for me was traveling to other communities, hanging out with my now friends, and meeting new people. I would probably never visit some of the cities that I've been to thanks to this project.“  (project team member from Foča).

The project „Providing support to youth in local communities in Bosnia and Herzegovina“ is financially supported by the Government of the United Kingdom and implemented by the International Organization for Migration (IOM). 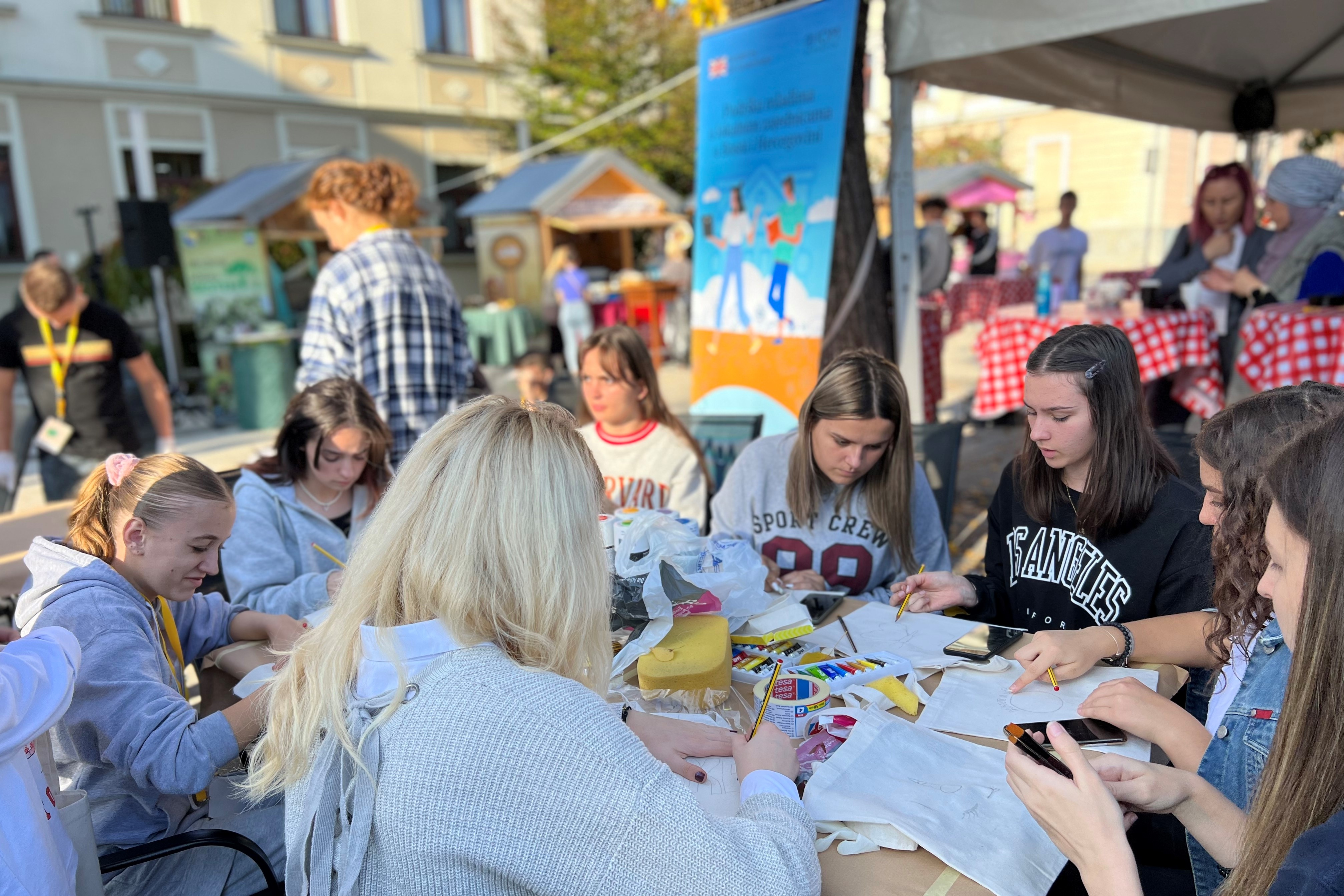 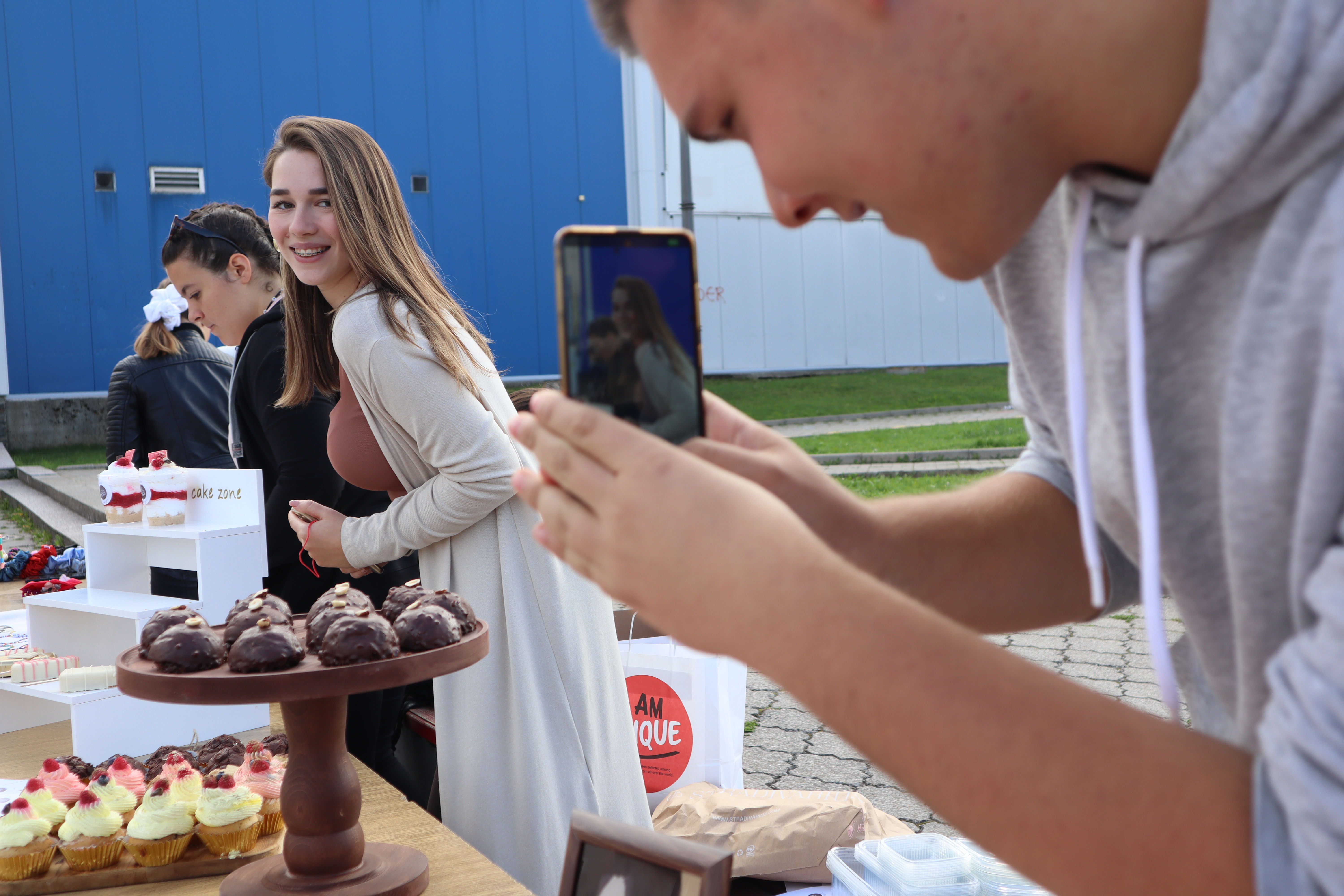