Former student dormitory in Borici renovated thanks to the EU 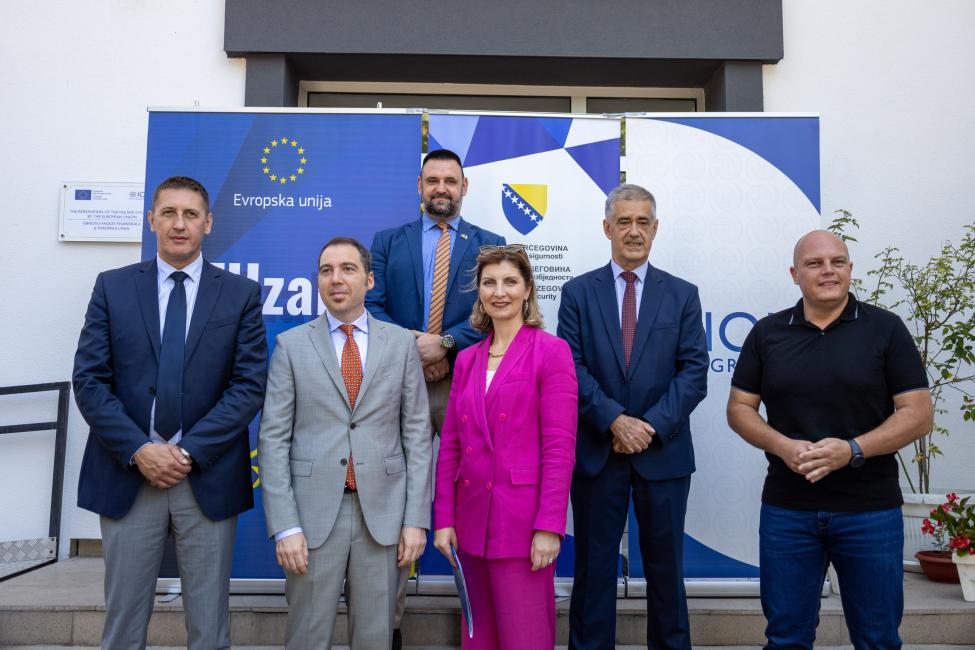 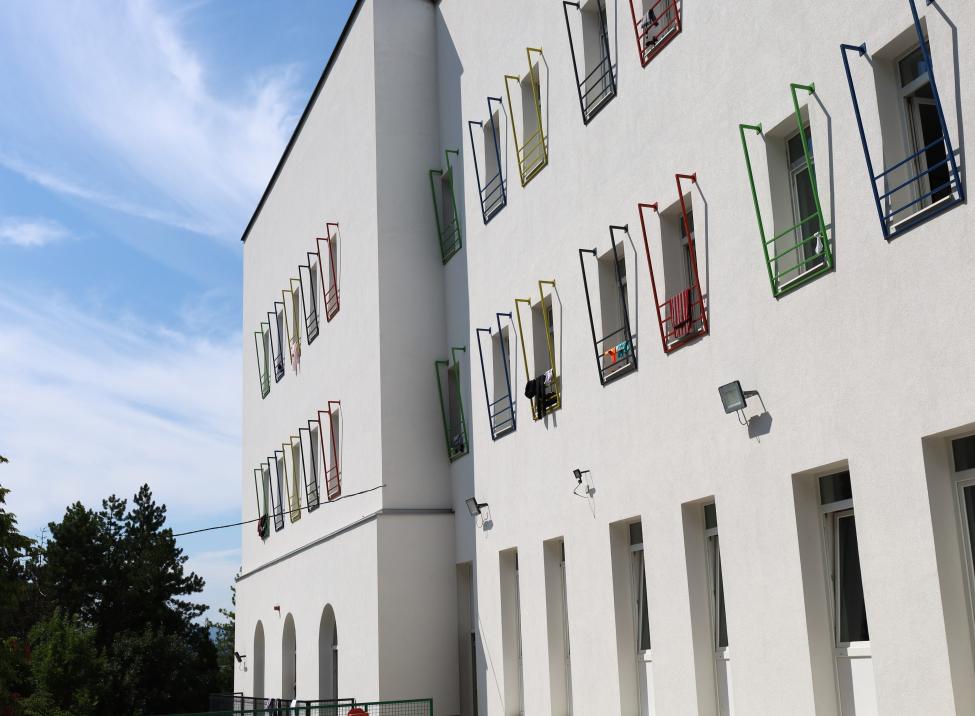 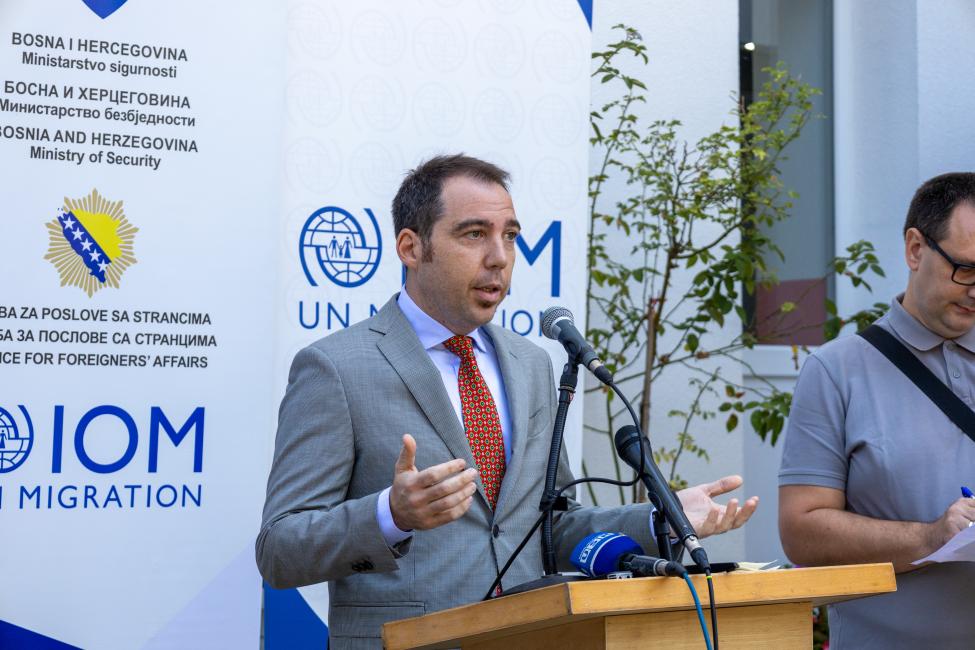 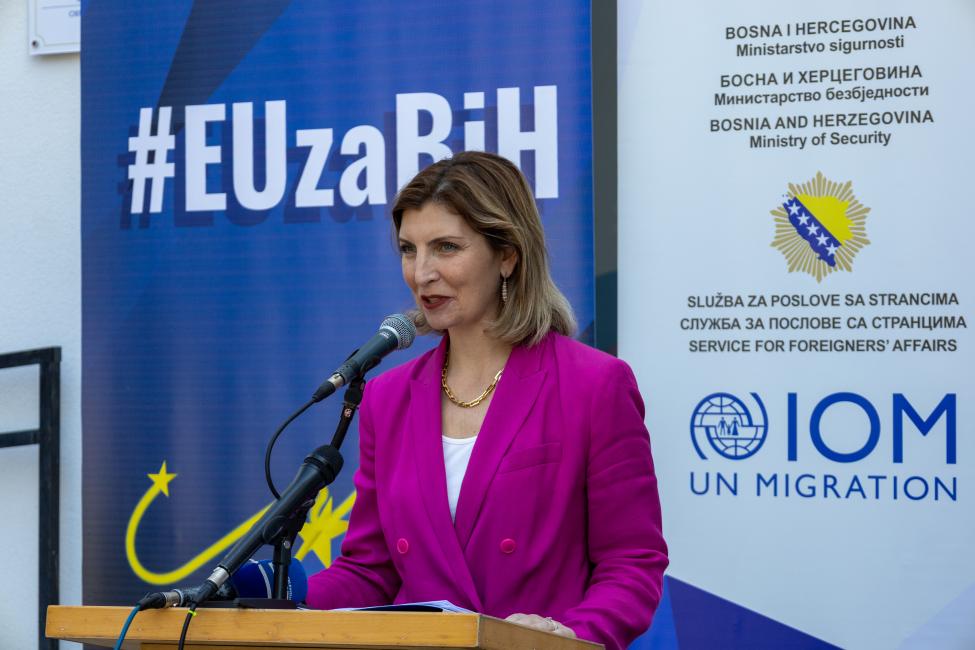 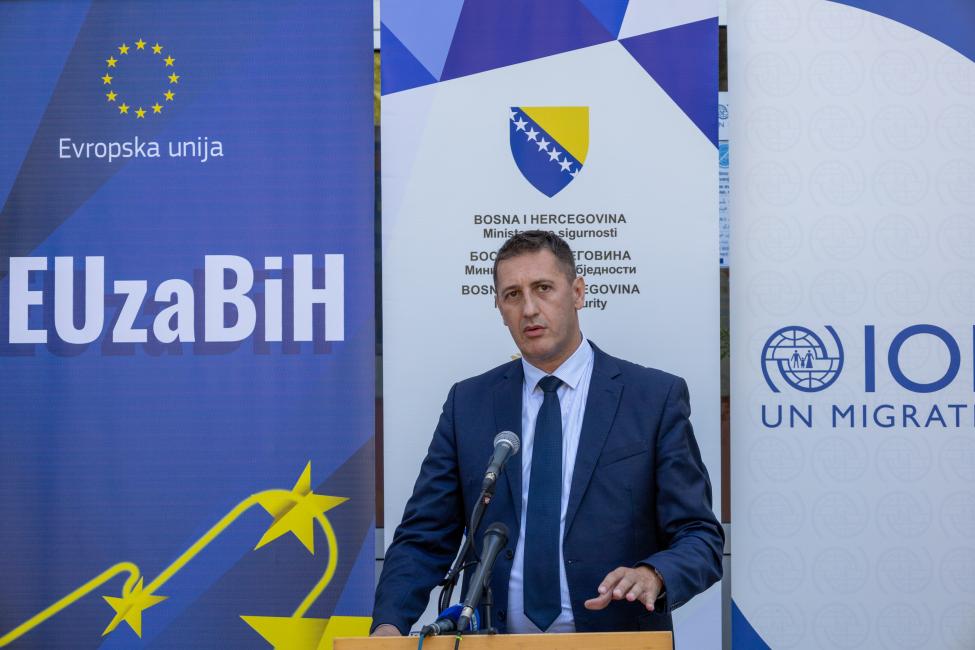 (Bihać, 21 July 2022) The Head of Banja Luka Office of the EU Delegation in BiH Simone Guerrini in the presence of the Deputy Director of the Service for Foreigners’ Affairs, Mr. Mirsad Buzar, the Advisor to the Minister of Security Mr. Saša Kecman, the Prime Minister of Una-Sana Canton (USC), Mr. Mustafa Ružnić, the Mayor of Bihać Mr. Šuhret Fazlić and the IOM BiH Chief of Mission Ms. Laura Lungarotti, inaugurated today the newly renovated former student dormitory in Bihać. The reconstruction of the façade amounted to more than 200.000 KM and the entire reconstruction and the running costs for the temporary reception centre Borići were financed by the European Union in the amount of more than 1 million euros.

The European Union has provided considerable financial and technical assistance to support BiH authorities to ensure adequate assistance to migrants, asylum seekers and refugees worth over 100 million euros. Thanks to the EU assistance, temporary reception centres in BiH have been established and their running is supported, for accommodation of migrants, refugees and asylum seekers.

“Five years after the initial response in BiH, the migration context seems to have stabilized. Building on the experience acquired since 2017, the BiH Ministry of Security and other competent local authorities have demonstrated a clear commitment to lead the mixed migration response, notably through coordination of partners and management of centres. I want to express my appreciation to the people of Bihac, Una Sana Canton and Bosnia and Herzegovina. We are humbled to see citizens patience, understanding, tolerance and support”, said Simone Guerrini.

In December 2018, the city of Bihac   accommodated migrant and refugee families with children. Since then, this facility has been used as an accommodation Centre for families with children, unaccompanied and separated children and other vulnerable migrants. The building is a landmark point for the citizens of Bihac and its renovation will allow, in the end, to benefit from it when the site will not be needed any more for hosting migrants, to return the building to the city in a better state than before.

"This is a day that should symbolize joint action of the international institutions, local authorities, primarily the City of Bihać and the Government of USC, as well as the citizens of Bihać," said the Mayor of Bihać, Šuhret Fazlić.

"The camp Borići is another project that is being successfully implemented. Currently, there are two temporary reception centers for migrants with a total of about 500 migrants in USC. Thank you to all the organizations that provide any kind of services in this temporary reception centre and we hope that we will continue to strengthen cooperation in the coming period", said Mirsad Buzar on behalf of the Service for Foreigners’ Affairs.

“To manage any crisis, strong coordination of all participants in the process is required. Thanks to the Ministry of Security and the Service for Foreigners’ Affairs who established good and fruitful coordination, starting from the establishing the TRC Lipa and successful managing of many other projects," said PM Ružnić. "In the past four years, everyone has contributed, we have a new face, a new image of migration in BiH and USC. Today, migration management has a new face, a new facade, just like the Borići facility."

“The IOM, as technical and policy partner of the EU and the State of the project “EU Support to Migration and Border Management in Bosnia and Herzegovina”, has been supporting state ownership over the mixed migration response by gradually transferring responsibility for managing temporary reception centres and providing protection-sensitive assistance”, said Laura Lungarotti.

Joining forces with IOM and in partnership with UNHCR, UNICEF, UNFPA and the Danish Refugee Council the EU has also supported the provision of food and water, sanitation, clothing and psychological counselling services, as well as access to education and health services for migrants residing in BiH. The funds provided by the European Union are also used to purchase equipment and provide expert assistance to the Ministry of Security, Service for Foreigners’ Affairs, Border Police and the Sector for Asylum of BiH, State Investigation Agency and protection (SIPA), the Ministry of Interior of Una-Sana Canton, West Herzegovina Canton, Bosnian-Podrinje Canton Goražde and other institutions and agencies.

The EU and IOM, together with partners, also strive to ensure that interventions respond to the concerns voiced by local communities which foster mutual understanding between host and migrant communities.