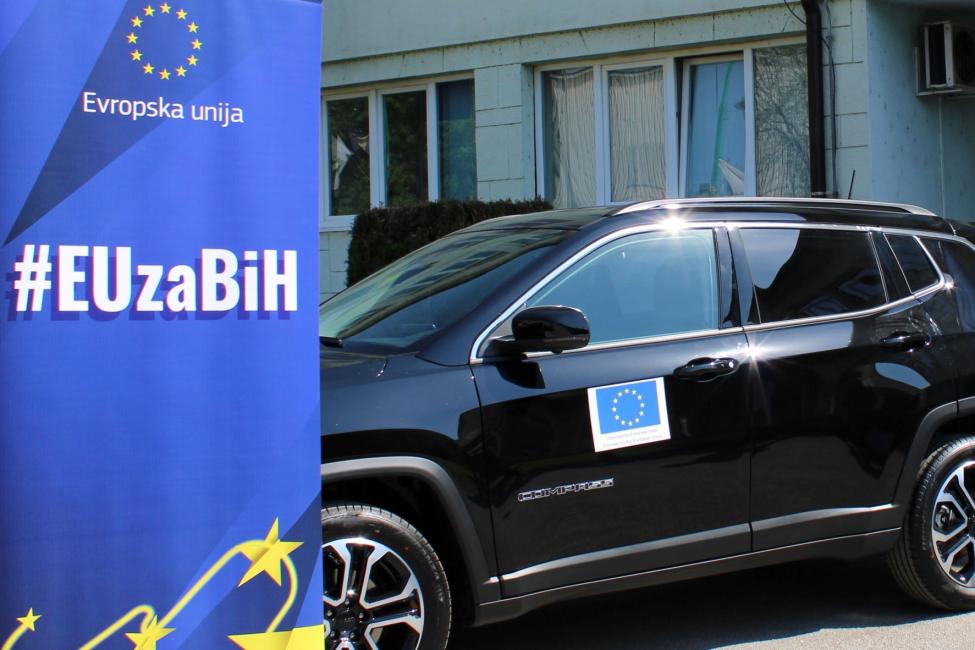 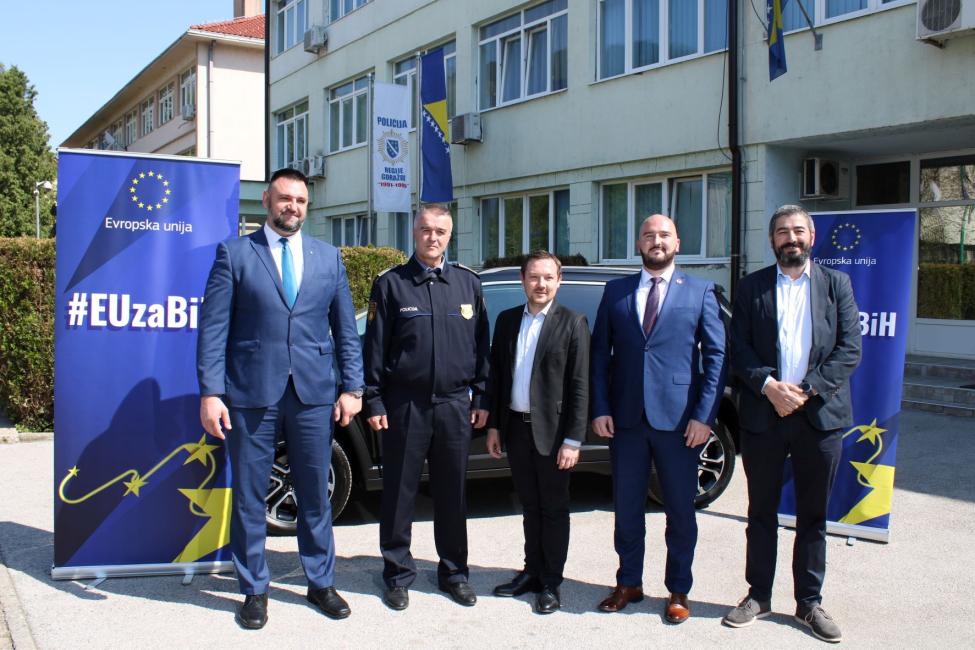 (Sarajevo, 5 May 2022) The European Union donated today one off-road vehicle worth 57,400 BAM to the Ministry of Interior of Bosnian-Podrinje Canton Goražde.

The donation is part of the EU’s continuous support to police agencies in BiH to support their day-to-day operations in the field. At the handover ceremony in Goražde, the Head of Operations Section for Justice, Home Affairs and Public Administration Reform at the EU Delegation to BiH Nicolas Bizel in the presence of the Advisor to the Minister of Security Saša Kecman, handed over the keys to the vehicle to the representatives of Ministry of Interior of Bosnian-Podrinje Canton Goražde.

Thanks to the EU assistance, temporary reception centres in BiH have been established and their running supported, including most recently Temporary Reception Centre Lipa for accommodation of migrants, refugees and asylum seekers. The Project has also supported the provision of food and water, sanitation, clothing and psychological counselling services, as well as access to education and health services for migrants residing in BiH. The European Union donated funds are also used to purchase equipment and provide expert assistance to the Ministry of Security, Service for Foreigners’ Affairs, Border Police and the Sector for Asylum of BiH, State Investigation Agency and protection (SIPA), the Ministry of Interior of Una-Sana Canton, West Herzegovina Canton, and other institutions and agencies.

The project “EU Support to Migration and Border Management in Bosnia and Herzegovina” is funded by the European Union through Instrument for Pre-Accession Assistance (IPA) and is implemented by the IOM in partnership with UNHCR, UNICEF, UNFPA and the Danish Refugee Council (DRC).

Emigration of Health and Information and Communication Technology Professionals from Bosnia and Herzegovina: Challenges and Opportunities

Countering Smuggling of Migrants and Trafficking in Human Beings in the Western Balkans: IOM brings together regional key institutional actors in Budva, Montenegro